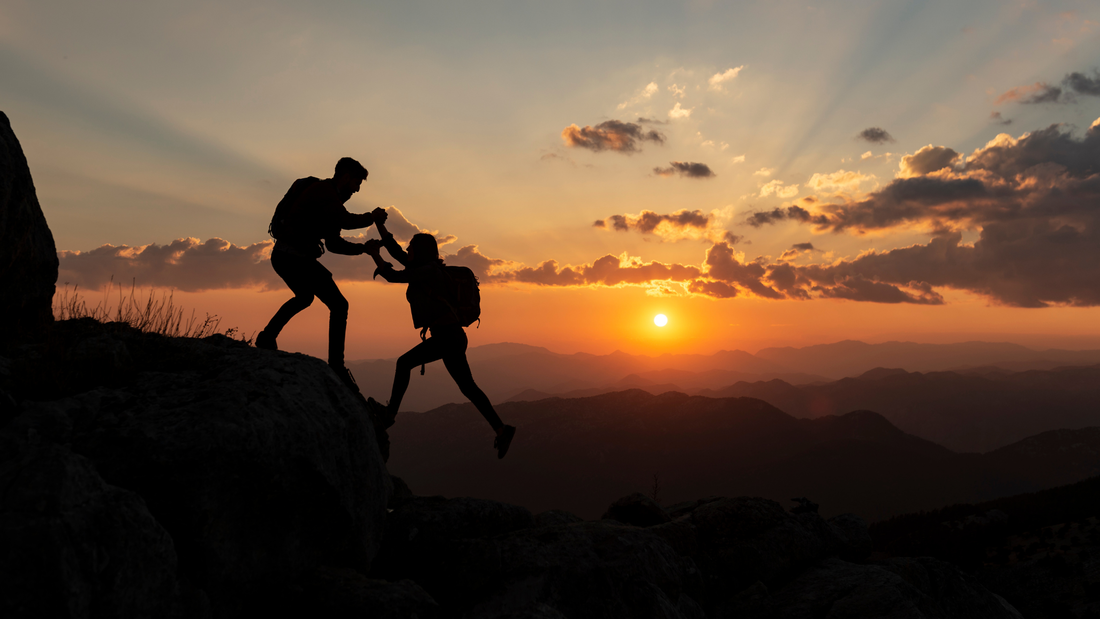 To this day I have yet to see anyone celebrate strangers quite like my mom, but through KWF’s mission, I’ve seen them get pretty damn close.

One moment, in particular, will always stick with me. My mom, myself and some friends had landed ‘Aly and AJ’ concert tickets back in 2005. (If you aren’t familiar with this dynamic Disney-based sister duo I would be remiss to say your life most likely lacked luster in the early 2000s, but that’s beside the point.) In addition, my mom snagged backstage passes to this gig, which of course sent me into oblivion. As we were headed backstage, two 12-year-old girls stopped my mom and asked if she could take their backpacks in to get signed by Aly and AJ. She of course agreed, got those bags signed and eagerly exited backstage to find them. I proceeded to watch my mom running with arms outstretched, screaming at the top of her lungs, declaring to the girls that the bags were in fact….signed by Aly and AJ. Those girls, equally as excited, ran to my mom and both jumped into her arms. The three of them fell to the ground laughing as if they’d purchased a 3 million dollar winning lottery ticket. Looking back, I now understand that moment essentially summed up who my mom was as a person. A fall to your knees, arms wide open, "celebrate strangers" type of human.

And oh my, has that same mantra been weaved throughout this mission time and time again. KWF would not be possible without the extreme generosity of our donors, who also happen to celebrate strangers with arms wide open. Individuals whose care has the ability to impact the lives of thousands of strangers LIVING with cancer. That's just it isn't it? There is a unique power in the love of a stranger.

We’ve all been there. You're having the worst day imaginable and one more thing will cause you to crumble, but then someone comes along and stops their "race" for no other reason than to help you finish your own. It could be a door held, a compliment given, a hug, or maybe you're short a dollar at the gas station and someone steps up? Why is it always so much more impactful when we receive reassurance, good news or a gift from people we don’t know? Is it because it’s more genuine? Or is it the fact that a stranger slowed down their day enough to realize that someone they don’t know deserved a piece of the most valuable currency in their own busy life? Their time.

That is exactly what the Karen Wellington Foundation for LIVING with Breast Cancer strives to achieve. Although our mission is rooted in FUN, our goal is to give back to thousands of deserving strangers LIVING with cancer. Like when former Navy Seal, David Goggins, decided to call KWF recipient, (the late) Hudson Lee every week to motivate him throughout his cancer journey. Or when our vacation home donors go above and beyond to make sure everything is in place for their KWF guests. Never underestimate the significance of the time you give to others.

I’d like to leave you with a sentiment I learned years ago while traveling throughout South Africa, a word derived from the Nguni language frequently used in the village of Khayelitsha just outside the Western Cape. The word is ubuntu. By definition, ubuntu means “a quality that includes the essential human virtues; compassion and humanity.” It is a word that embodies the human experience and acts as a blueprint on how to walk through each day on this earth.

So today, live with ubuntu. And don’t forget to slow down just enough to be aware of those strangers who need a bit of extra love along the way. You never know the impact you might make.