The Honeymoon We Always Wanted 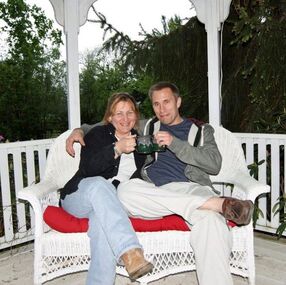 ​“We both agreed it was a godsend. Just at the right time. Just when we needed it,” Dave said as we discussed the impact of the KWF vacation on his family. Dave and his late wife Terri had the opportunity to go on a last vacation to Key West, Florida in 2017 thanks to our givers. But their story starts 30 years prior. ​ Dave met Terri right out of college while both were working at the Kenwood Towne Centre in Cincinnati. Dave worked on the loading dock and recalls carrying empty boxes past Terri pretending he had work to do in that area to get her attention. After a good amount of effort and a couple hundred boxes later, Dave succeeded. They hit it off. He ended up proposing to Terri in 1985 before he left to serve in the Air Force as a physical medicine specialist. ​Together, the military gave them the opportunity to live all over the world. From the US to Asia - Terri was by his side, but paving her own path. She always was her own person. During their 4 years in Japan, Terri volunteered for several charitable organizations, dedicating her efforts to the Red Cross while making sure she took time for adventure herself. Terri was a free spirit. “She loved to travel, do new things and go new places. In 1989, “when our first son came along,” Dave notes, “she would hop in the car with him and go explore. She had an excellent sense of direction.” Whether it was navigational expertise or a strong moral compass, Terri also had a strong sense of directional purpose. She moved through life with a unique and loving perspective that guided her. Raising their sons Pete and Andy - Dave worked to provide structure and discipline to the household. Terri was on board, but she made it her mission to always bring the love into whatever the family did.
​
At the start of their marriage Terri and Dave didn’t have the time or the money to take the honeymoon they always wanted. Between the wedding, military service and kids, a honeymoon never seemed to be in the cards. But in 2016, priorities quickly changed when Terri was diagnosed with cancer. The long overdue “honeymoon” could no longer wait. Thanks to our KWF givers, Dave and Terri honeymooned in Key West, Florida. The trip was perfect. Dave remembers it all. From the sandy beaches to the exact location of the condo and, of course, the red mustang rental that happened to be Dave’s dream car. He also remembers the smile on Terri’s face. A gift. The trip also gave Dave and Terri a chance to be together and leave the cancer behind. This was important because Dave, like many spouses LIVING with cancer, had “to get used to not being able to solve this problem.” "I’m a caregiver, so it was tough,” Dave said, “you have to get used to sitting on the bench sometimes.” The belated honeymoon got Dave off the bench and onto a beach with Terri. That was significant. The trip also proved more significant than most honeymoons due to Terri’s short time horizon. Dave and his sons lost Terri this past January. As our conversation came to a close, Dave offered one last comment about KWF vacations that stuck with us, “It was something tangible, something different, something that gives hope.” We liked that. We also really like Dave. A good man who carries on the adventurous and abundantly loving legacy of a very special lady every day. 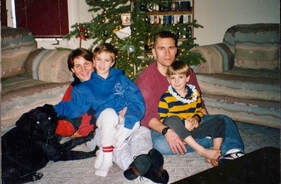 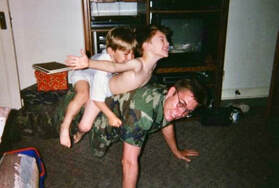 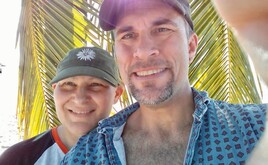