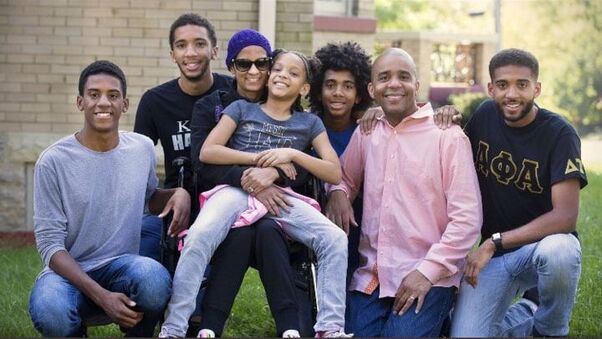 ​“Pamela’s Bible still sits in the den, right where she left it,” reflects Christopher Smitherman of his late wife, Pamela. “You can’t think of Pamela and not think of her faith. It was the centerpiece of her life.” That’s who Pamela was …and will always be in the hearts of those who knew her. ​Pamela’s 50th Birthday is November, 23, 2020. This month, we are honoring Pamela! December would be her 30th wedding anniversary to college sweetheart, Christopher Smitherman, Vice Mayor and new KWF board member. When asked why he is serving on the KWF board, Christopher emphatically states, “I want to stop cancer! Since I can’t, I want to make sure that those who are fighting cancer have fun and enjoy life. I’ve never met an organization that is so much about life!” ​

Pamela and Christopher met in 1989 at Bowling Green State University on the way in to a Frat Party – not the Animal House kind, but a more dignified crowd! It was the fall of her freshman year and both were focused on their studies. Pamela, who ultimately earned a master’s degree in technical writing, dreamed of impacting the world through education. Christopher was in finance. Their combined sense of purpose made them an unbeatable pair. One year after meeting, they married and began their life together. Christopher’s family and his career brought them back to Cincinnati. His leadership on Cincinnati’s City Council placed the family squarely in the public spotlight. But Pamela’s public life never conflicted with her personal sensibility and values. Her “integrity and doing the right thing never changed,” says her mom, Michele Banks. She notes “from an early age, Pamela was a leader.” She stepped up when others didn’t. She was a cheerleader, active on student council, played both the flute and piano, academically strong, well-liked, and respected. She was also incredibly talented. She was a seamstress and even sewed her own wedding dress! She was a writer and teacher, swim coach, soccer mom extraordinaire, positive force in her community, and a stand-tall-kind-of-wife. But her best and favorite role was as a mom to the Smitherman’s five children, whom she adored. They have four sons: Christopher (24), Malcolm (22), Isaac (20), Caleb (18). Their sweet long-awaited daughter, Camille (12), came 6 years after Caleb. “Children were everything to her,” Christopher emphatically states. ​

In December of 2017, Pamela learned she had an aggressive cancer that spread rapidly. The Smithermans banded together, as they always did, under and around Pamela and her mom-sense leadership. Christopher’s sister-in-law, Liza Smitherman, nominated Pamela for a vacation through KWF. By the summer of 2018, Pamela was too sick to travel, but that didn’t stop them. The Smithermans were gifted a KWF Cincinnati staycation (at the downtown Hilton). The entire family was there, including Pamela’s mom. “Playing games, watching movies, hanging out as a family, talking about favorite memories with their mom,” that’s what Michele remembers most about the last vacation she took with her daughter. They had three adjoining suites, snacks of every kind – including the best of Cincinnati food, pedicures and lots of other fun activities. But as Michele recalls, “I am most grateful for the time sitting crocheting, watching, listening… together in one room” during this last family vacation. ​Six months later, Pamela passed away. ​A year before their staycation in Cincinnati, when Pamela was more mobile, they rented a cabin in Gatlinburg. It was just the seven of them. That was a “magical moment,” says Christopher. “The blessing of cancer is that it really brings out the best in you. You focus on what’s important. I feel every second that I’m here.” It’s these memories and moments of joy that solidified Christopher’s interest in KWF’s mission. Her sewing room remains on the third floor of their family home. And she lives on through her children, especially Camille, who inherited her mother’s spirit and is known to break out in a cheer or two that her mom taught her.

​That Bible that sits in the den was well worn over the years. Pamela knew the love of God in her life. Of the thousands of passages she treasured, she wanted these words to be shared at her celebration of life, “Let your light so shine before men, that they may see your good works, and glorify your Father which is in heaven.” It’s a reflection of her faith, yes, but it’s her hope for you as well. Pamela’s light shines on. Through her five children, her husband, Christopher, the many children she impacted in her community, the women she worked alongside of and those reading these words. KWF joins with the Smithermans in celebrating Pamela this month! Join us by shining your light to others and LIVING your life to the fullest. Note: When she learned she had cancer, Pamela insisted that her younger sister, Tracy Stone start getting mammograms. In 2019, Tracy was diagnosed with Breast Cancer. Fortunately, they caught it early. Tracy, her surgeon and treatment team credit early detection for saving her life. She is now doing well. Tracy is married to Jeff and has three children, Katiri, Aliesha and Michael. She lives in Chicago and is currently working on her PhD. Pamela’s family has established the “Pamela Smitherman FUNd” to give Gifts of Fun to other women and families LIVING with cancer. This includes family vacations, spa days, fun experiences like skydiving, weekends with girlfriends, concerts, trips to the zoo, family gatherings, staycations and so much more. Text PamelasFUNd to 44-321 to donate or reference the “Pamela Smitherman FUNd” HERE. 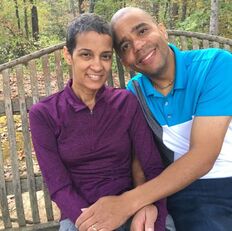 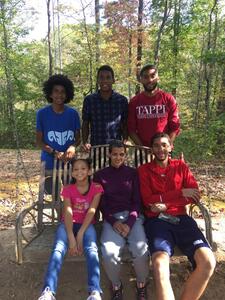 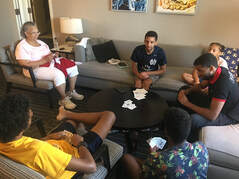